Julie and her husband have moved to an old mudbrick homestead in the Maniototo, Central Otago, where she creates in her home studio with views of the North Rough Ridge on one side and the Rock & Pillar Range with the Kakanui Mountains in the distance. 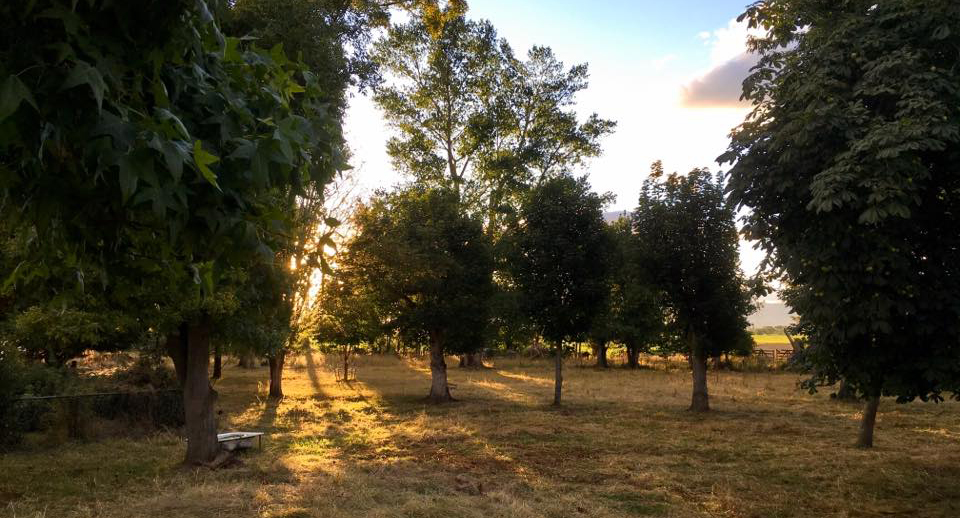 Zaryd Wilson is a reporter for the Wanganui Chronicle 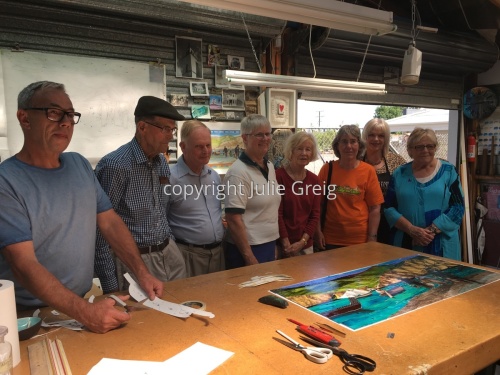 The latest chapter in ''The Whanganui Story'' has been unveiled in the Whanganui District Council chamber.

The story, which tells the history of Whanganui, is a series of stained glass windows which circle the chamber.

The latest window depicts the arrival of the first official European settlers in Whanganui, including Dr and Mrs Peter Wilson and their son, Mr and Mrs John Nixon, Henry Churton, C Niblett and Samuel King and his two sisters.

The group, who were part of the New Zealand Company Scheme, arrived in Whanganui on February 27, 1841.

The window was unveiled this week by Whanganui Mayor Hamish McDouall in a ceremony with council staff and the window's sponsors, the New Zealand Founders Society Wanganui branch.

McDouall recognised the efforts of the Founders Society and the artists to create the window.

"It's important to recognise the souls who got off the boat to an uncertain future," he said.

The window was designed by painter Julie Greig and it took glass artist Greg Hall 300 hours to complete.

The latest window in the Whanganui story was designed by Julie Greig and built by Greg Hall. Photo / Supplied

Of the 32 spaces, 10 are yet to be filled and the council wants to hear from people or organisations with a story to tell who would like to sponsor a window.

Whanganui Mayor Hamish McDouall will speak in the council chamber before unveiling the latest window in the Whanganui Story. Photo / Supplied 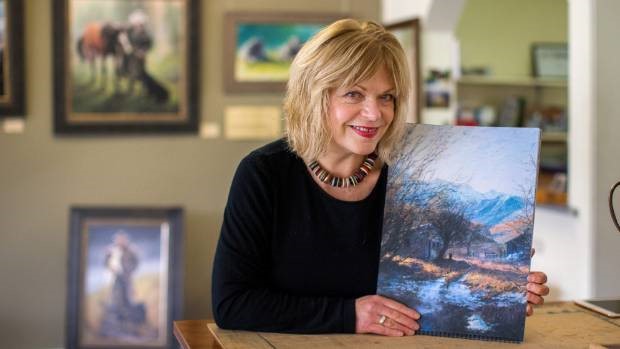 Burkes Pass artist Julie Greig holds a copy of her 2018 calendar which features In Transition, Near Lindis Pass, NZ, her pastel painting which was selected for a show in New York.

The South Canterbury woman's painting was the only artwork from the southern hemisphere selected for a prestigious exhibition in New York.

Not only was one of her works selected for the exhibition, Greig also won first prize in the Pastel Artists of New Zealand Annual National Exhibition in Morrinsville, with this painting, 'Path of the Night #2' below. This is the third time Julie has won the PANZ National exhibition. 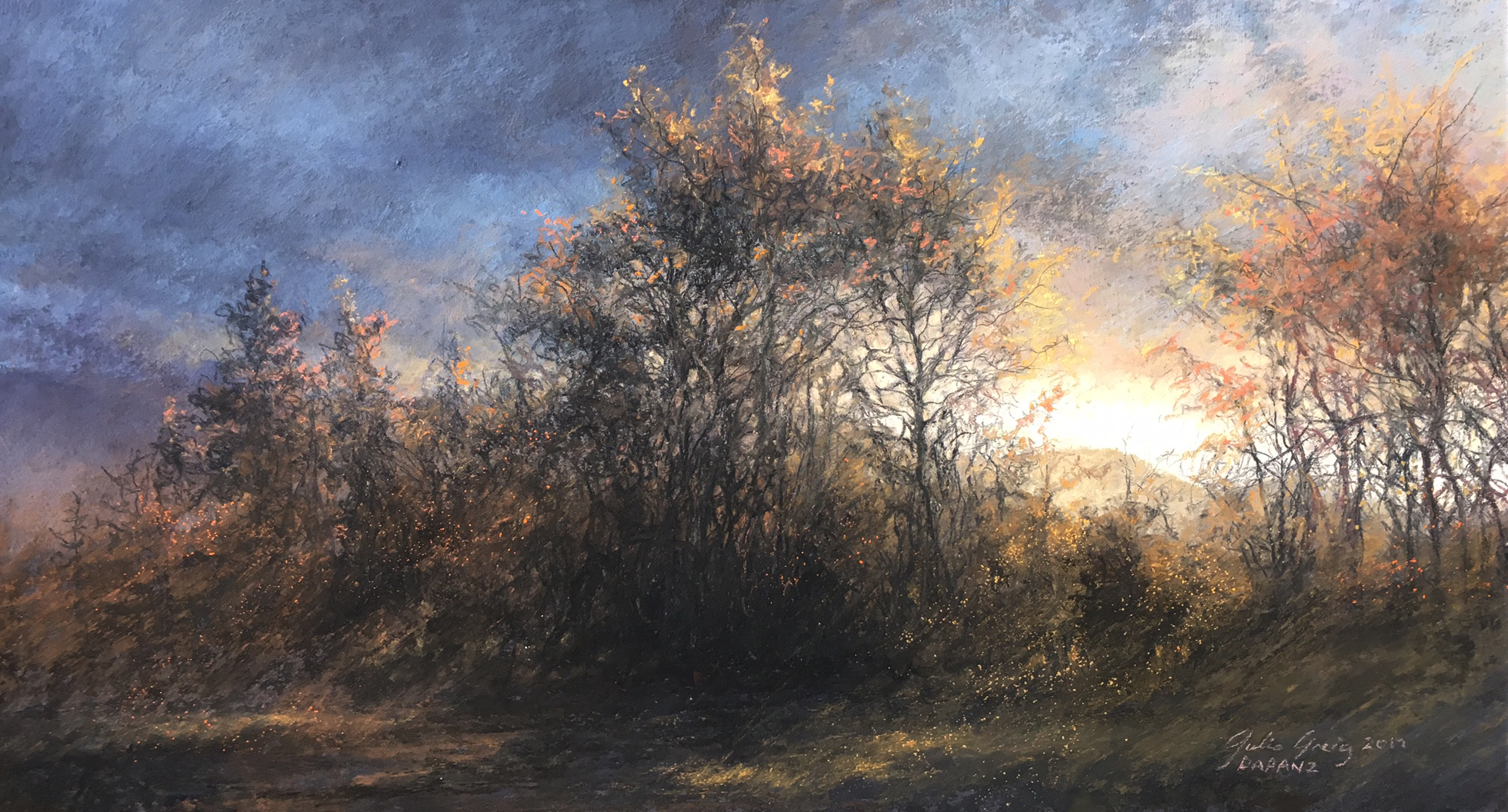 SUPPLIED The Path of the Night #2 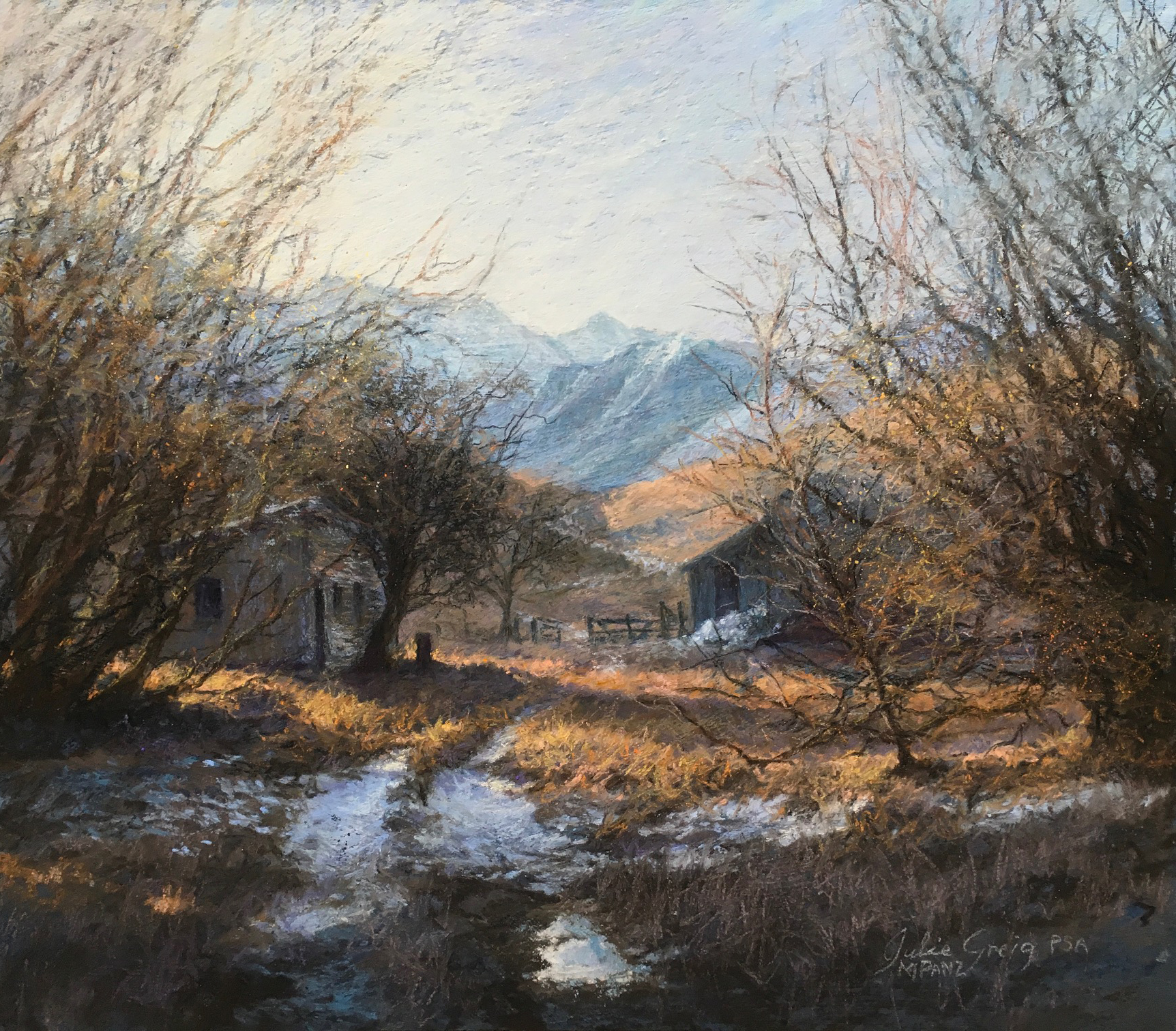 It has been on display at Pastel Artists of America, during September in New York, and will feature in a show in Ohio during December.

The Pastel Society of New Zealand later called her to say she has been named a Master Pastellist. 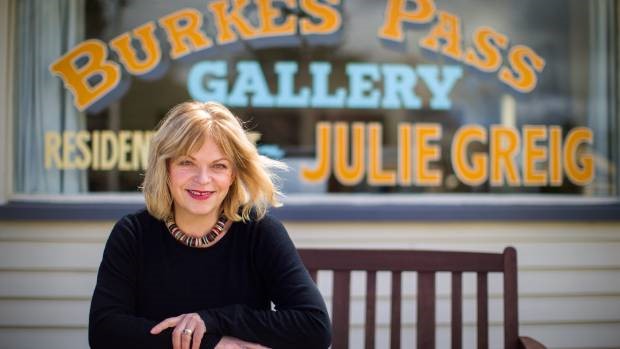 Julie Greig and her husband Jasio Zyzalo purchased the motel and gallery in Burkes Pass four years ago.

Greig's art work In Transition, Near Lindis Pass, NZ was selected for the 2017 Pastel Society of America's 45th Annual Exhibition: Enduring Brilliance which ran during September.

It was "exciting enough" putting her submission together and sending it away, she said.

"Then I got the email six weeks [later] to say I'd been selected. 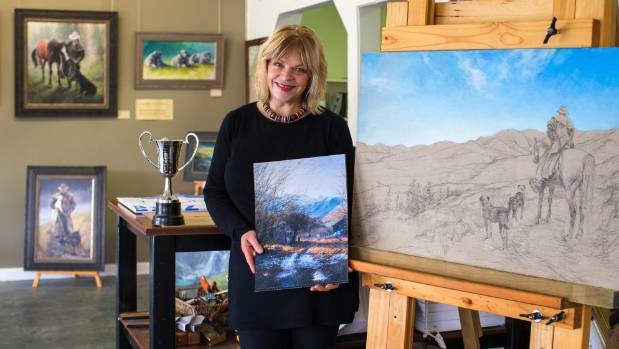 From around the world, 1298 works were submitted, and of them 178 were chosen, she said.

The return freight with using an agent in America for sending the framed painting from New Zealand to New York was high - about $1100, and possibly could have put other artists off making a submission, she said.

Greig ended up mailing her artwork sans frame for about $60, and organised to have it framed on arrival then delivered.

Her painting, In Transition, Near Lindis Pass, NZ  has since been selected as one of 36 works to be a part of an exhibition at the Butler Institute of American Art, in the Flora Griffuni wing, in Youngstown Ohio, which will open in December running to possibly the end of February 2018.

Greig began making art when she was about eight years old, and works in pastels, oil paints and charcoal, sometimes acrylics.

She has taught painting workshops throughout NZ and in Queensland, and has illustrated many children's books and a number of postage stamp editions. Currently she is working on a stained glass window project for the Whanganui District Council, researching, designing and hand colouring the glass for a further 12 windows depicting the early history of Whanganui, with glass artist Greg Hall, who does all the glass cutting and lead work.

She and Zyzalo spent a year in Australia, having been based in Wanganui, before they moved to Burkes Pass four years ago.

"It's a very inspiring area to live, stunning. Every day is different, I love the distinct seasons."